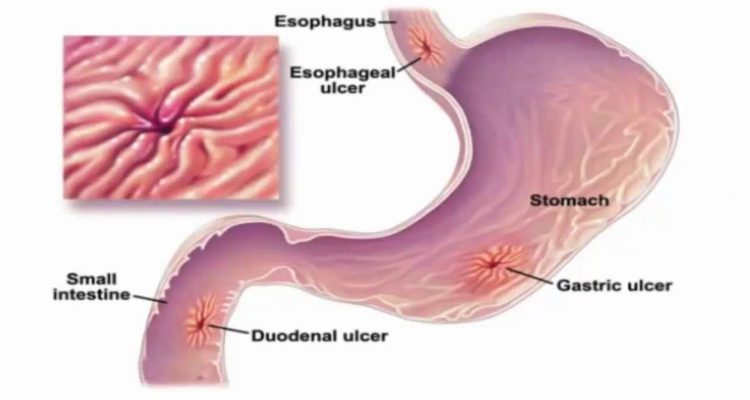 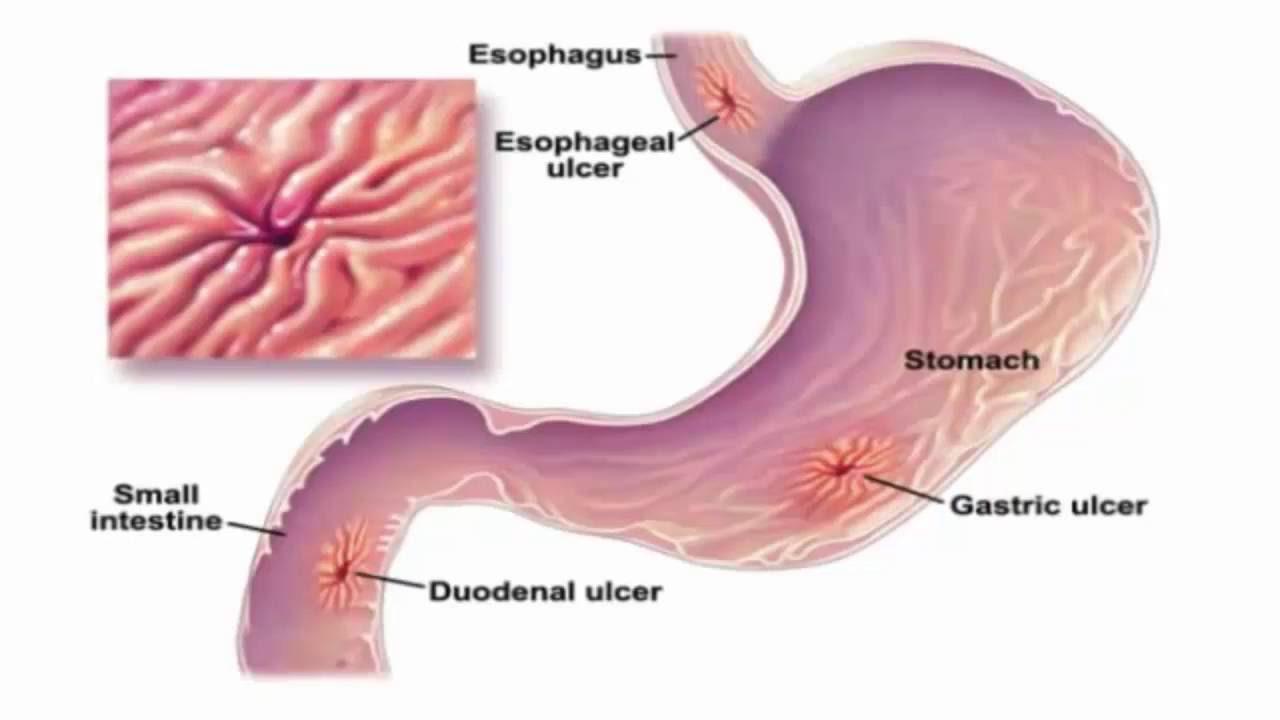 Peptic ulcers are open sores that develop on the inside lining of your stomach and the upper portion of your small intestine. The most common symptom of a peptic ulcer is stomach pain.

The most common causes of peptic ulcers are infection with the bacterium Helicobacter pylori (H. pylori) and long-term use of aspirin and certain other painkillers, such as ibuprofen (Advil, Motrin, others) and naproxen sodium (Aleve, Anaprox, others). Stress and spicy foods do not cause peptic ulcers. However, they can make your symptoms worse.

The most common peptic ulcer symptom is burning stomach pain. Stomach acid makes the pain worse, as does having an empty stomach. The pain can often be relieved by eating certain foods that buffer stomach acid or by taking an acid-reducing medication, but then it may come back. The pain may be worse between meals and at night.

Nearly three-quarters of people with peptic ulcers don’t have symptoms.

Less often, ulcers may cause severe signs or symptoms such as:

When to see a doctor